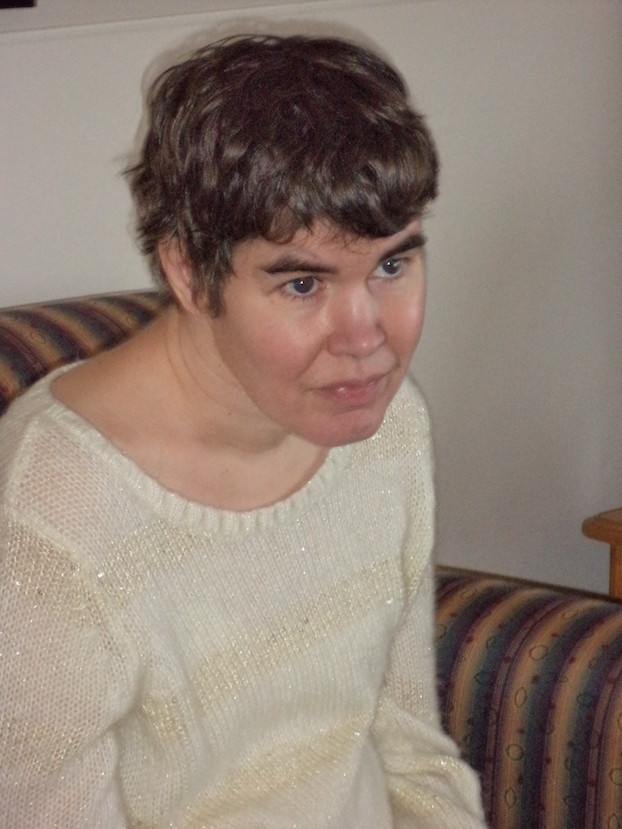 When we are asked to describe one of the greatest blessings that Harbor House Ministries provides our family we have to answer that it is peace of mind. Knowing that Karyn is part of a loving Christian community lifts a huge burden. What greater blessing can there be for parents and family members than to know that there are considerate and kindhearted people walking alongside them in the care of their family member with disabilities? Parents often struggle to find some understanding of how to deal with something that seems so unfair. Over the years we found ourselves asking God why Karyn had to struggle with so many seizures, so many falls, so much hurt. Maybe that was the wrong question but we couldn’t help but ask it. Karyn was such a happy baby and so active and bright-eyed, we never suspected that seizure activity was causing her crying every night. Then, our bright, energetic little toddler began having seizures during the day which was a frightening experience. A battery of tests detected nothing abnormal.

At age two, the seizures increased in number and intensity. There were frequent trips to the doctor and emergency room for stitches from hard falls. Multiple grand mal seizures began occurring daily. One night seizure followed seizure in rapid succession. At the emergency room Karyn was pumped so full of medications that she had to be placed on life-support for several days. Kary’s sparkle was gone. Finally, after three long weeks of testing at John Hopkins we were told she had Tuberous Sclerosis which, in her case, involved many small, calcified tumors in her brain. Prayer became our daily support as no one could tell us what the future held for Karyn. We were stunned. We couldn’t help but ask God why?

As the years went by, Karyn’s cognitive development regressed and eventually leveled off at about that of an 18 month old. While she continued to develop physically, she was no longer speaking in sentences, or able to care for herself. When Karyn was 20 and her siblings were away at college, she became bored and restless at home. We were faced with a constant challenge as Karyn’s high dosage of medication made her restless and her walking unsteady. She would get hurt so easily. With much prayer, guilt, worry and fear we began to explore group home possibilities. Ours is only one of many such stories. We found it traumatic to move Kary into a group home; probably the most difficult thing we ever had to do. We believe that God sorrows with us in personal tragedies and we have felt His comfort. Yet, God also used that experience to teach us so much and help us see Kary as He sees, loves and values her. We thank Him daily for Christian homes such as Harbor House that express His love in a tangible and vital way and provide a lifeline for families wanting quality care for their loved ones with disabilities.